Christmas and the New Year are rapidly approaching and it is time to think about where to celebrate New Year’s Eve and receive with the best vibes.

New Year’s Eve is synonymous to change, closing cycles, letting go everything we consider unnecessary, and starting with a new purpose and goals to meet during the new year. It is also a unique moment to treasure family gatherings and share the anecdotes lived during the year with our loved ones.

Traveling and celebrating New Year’s Eve in a different place helps us to change our perspective, to know and understand different traditions and cultures, and to open our expectations of what we hope to achieve in the new year.

There are dozens of beautiful destinations to say goodbye on New Year’s Eve, but if you are one of those who likes to receive the New Year in an unforgettable place, celebrating, enjoying a great show and incredible fireworks, then this article is for you.

THE 5 BEST DESTINATIONS TO CELEBRATE THE NEW YEAR’S EVE

The biggest New Year’s Eve party in the world is held in Edinburgh, the Scottish call it «Hogmanay», and it originates from the celebration of the winter solstice between the local Celtic tribes and the Vikings.

This great celebration lasts 3 days. Starting on December 30th and ending on January 1st, during which time all kinds of parties take place, torchlight processions, concerts in Princes Street Gardens, Viking parades, urban festivals, and all kinds of artistic expression.

All this culminates with 4 spectacular fireworks displays with the iconic Edinburgh Castle in the background.

When it comes to New Year’s celebration, Hogmanay is certainly amazing. 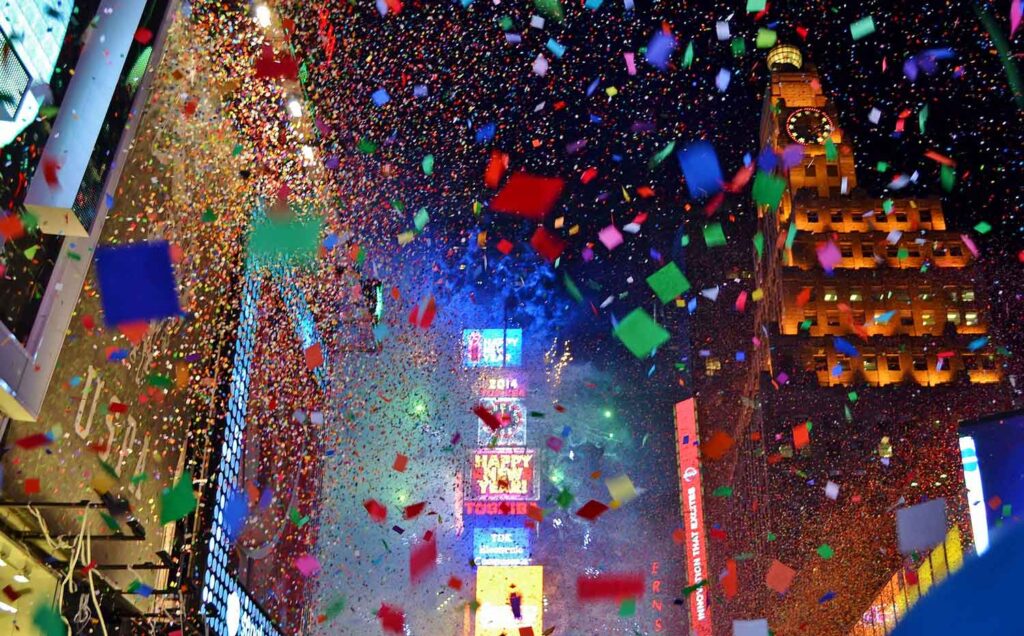 To enjoy the New Year’s party you have to arrive 12 hours in advance since being so renowned it brings a large number of attendees. The event kicks off 7 hours early with A-list celebrity appearances, comedy shows, and a midnight rendition of the song New York, New York.

By the time the long-awaited countdown begins, joy and a shower of confetti will fall on everyone present, along with a wonderful fireworks display.

Australia stands out for offering one of the most impressive fireworks displays in the world.

This moment takes place in Sydney Harbour, with the Harbor Bridge and the Opera House in the background, providing a spectacular panoramic view of all kinds of figures of fire that light up the Sydney sky for approximately 15 minutes.

In addition to the spectacular fireworks, you can also enjoy boats decorated with lights that illuminate the bay, tributes to the aborigines and other cultures of the country, and planes making figures in the sky.

As if that was not enough, all that Sydney offers to receive the new year, as the capital receives the summer season, which adds an excellent atmosphere of celebration and fun, allowing the enjoyment of the city’s beaches. 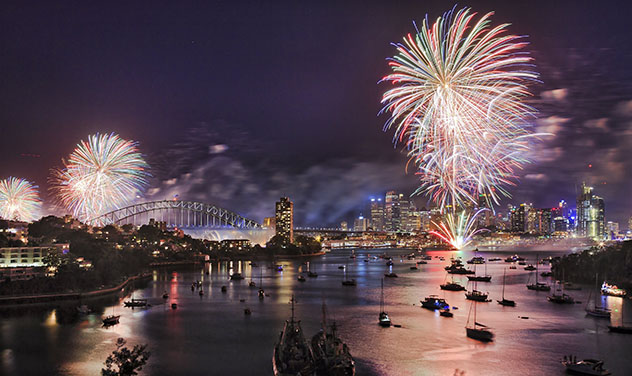 Berlin has many options to offer to celebrate New Year’s Eve, from athletics races, and magical dinners in palaces, to concerts by the Philharmonic, but it is undoubtedly the celebration at the Brandenburg Gate that has most of the fans.

A 2K stretch between the Brandenburg Gate and the Victory Column is the perfect place to ring in the new year, concerts with internationally renowned artists and DJs, light shows, magic, laser shows, and a fireworks display are the perfect combination to say goodbye to New Year’s Eve.

You can also say goodbye to the old year by going to one of the bars that remain open even during the day and offer parties that can last several days.

In Europe, is recognize as «The party city» as we expected no less because its New Year’s Eve party.

If what you are looking for is a tropical enviroment and a more cheerful musical rhythm, then Rio de Janeiro is the place for you.

Rio’s New Year’s celebration is known as “A Song to Life” and ranks right up there with the city’s world-famous carnival.

Copacabana’s beach is the place where more than 2 million people gather to receive the new year, with the best beach atmosphere, samba as background music, dances, barbecues, soccer games and a dip in the beach are some of the activities that can be carried out during the New Year’s Eve celebration, while the countdown is expected and the fireworks show begins.

In a celebration that combines traditional, religious, and superstitious beliefs, people dress in white to bring luck, they also have the tradition to enter the sea and jump 3 consecutive waves and throw flowers into the sea so that the coming year comes full of good luck. 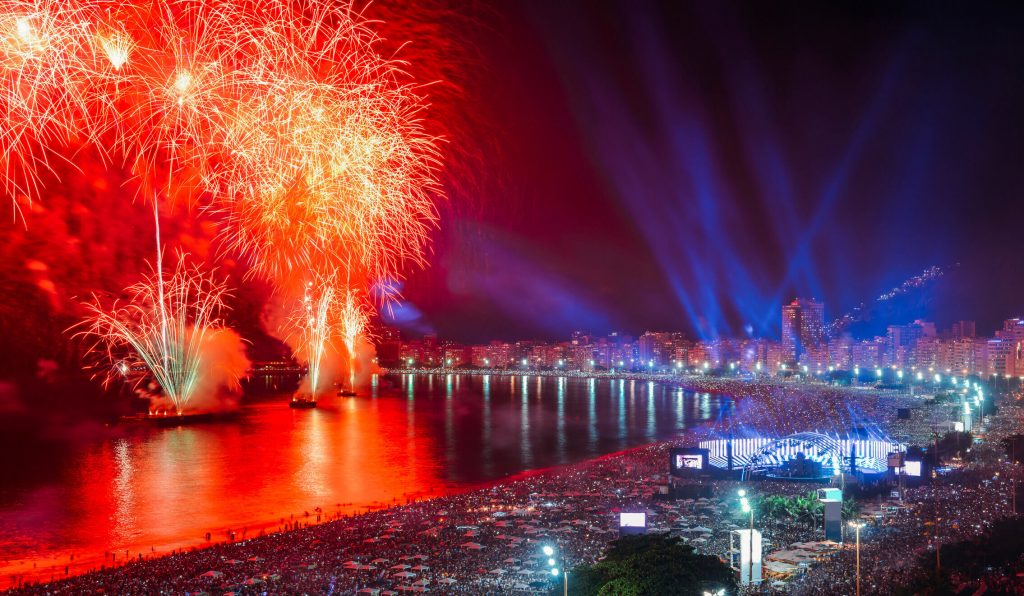 More and more people choose to receive the new year in other countries, to learn about new cultures and enrich their lives with other traditions, unique experiences and unforgettable moments.

Traveling on our private jets offers you the peace of mind and security of arriving in the chosen city comfortably, thus starting the best New Year’s Eve of your life. We have access to more than 6,000 aircraft in the world, distributed in more than 4,000 airports to give you the convenience of choosing the one closest to you.

No matter where you are, North American Jets offers you the option that suits your needs, giving you the comfort of finding the aircraft that is closest to you and that will take you with all the luxury and comfort to end the year in the best way, and receive the new year with the best vibes, Quote your flight now.